In the 1930’s, the United States Army Air Corps introduced a long range strategic bomber, known as the B-17 Flying Fortress. The plane was instrumental in winning the war.  As the bombing campaign intensified against German and military targets, the men who flew the B-17 proved their bravery against incredible odds.

As the crews flew 8-9 hour missions, it was critical to retain body heat in the cold, unpressurized cabins at high altitudes of up to 30,000 feet.  To protect the crew from the frigid temperatures of 60 degrees below zero, sheepskin leather was introduced.  That’s where the B-3 Sheepskin Bomber Jacket earned its place in aviation history.  It’s known as the cold weather and high altitude jacket.

Unlike other materials, the crimp of the sheep's wool creates insulating air spaces, naturally retaining heat and wicking away excess moisture when the body generates it. This protection was essential to the crew members of the B-17. The men who wore the B-3 Bomber Jackets relied on their rugged and tough exteriors as much as they did on their soft and pliable interiors.

Whether you're shoveling snow, skiing down a mountain or a brisk night out in the city, your sheepskin jacket becomes your second skin. 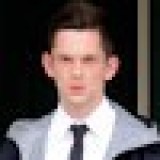